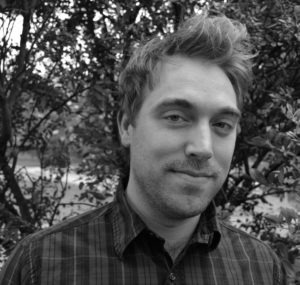 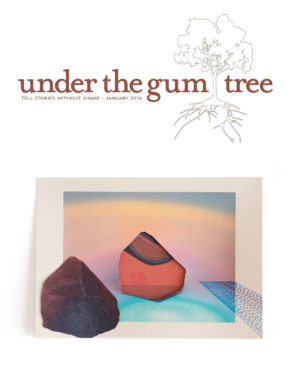 Greg Marshall is a graduate of the Michener Center for Writers, where he was the nonfiction editor of Bat City Review. His work has appeard in Electirc Literature, Tampa Review, Barely South, Everyday Genius and elsewhere. Before moving to Texas, he was the arts and entertainment editor for The Park Record in Park City, Utah.

I should probably begin by saying I do write fiction. One of my first attempts at creative writing, undertaken shortly after my dad’s diagnosis with Lou Gehrig’s disease, was a novella about a man with Lou Gehrig’s disease. Rather than going the realist route, the piece is one of those everything-but-the-kitchen-sink affairs you write after encountering George Saunders. It features water aerobics, an eighteenth-century ghost, Egyptology, diabolical Mormon missionaries and a member of the New York Dolls.

I guess the question is how I got from there to here. The answer, I think, is experience. When I wrote fiction about my dad’s illness, I was still in college, imagining what awaited me once I moved home. Once I was home, the disease was so much more devastating than anything I’d dreamed up. Even the respirator was something from science fiction. I wanted to capture what it was really like for me as a caretaker, how having a simple conversation required a dozen technical chores. The speculative novella was about putting myself in my dad’s shoes; “The Ramp” was about sharing my own point of view.

You open the piece with a question. What prompted that decision and how do you think it is indicative of the narrative to follow?

When you’re dealing with someone on a respirator, there are lots of leading questions, naturally, as you try to suss out what they’re trying to tell you. Do you want to be deflated? Do you need to be suctioned? The weird thing about my dad’s situation was that he had a say in when he died, meaning he could choose when he went off the extraordinary measure that is a respirator. Think of the burden, having to ask each day if life is worth living. It gave even the simplest matters an existential weight, effectively turning everything into a question. “What’s the point?” I ask in the piece. What is the point, indeed, when you’re grappling with the ineffable: death, contractors. It’s really my dad’s straightforward question midway through the piece that cuts through the bacon grease: Why are you angry with me? Angry with him? To be honest, I hadn’t realized I was. By calling me out, my dad made the conversation about us again, a father and son, united in wonder.

You do not identify yourself as your father’s son until mid-story, what prompted that anonymity?

It wasn’t a conscious choice, I admit, but particularly in shorter narratives I think it’s best to plop readers into scene and let them swim around in it. A little indirection can be a good thing as long as it’s not confusing. We aren’t writing letters to the editor, after all.

Have you contemplated more figurative interpretations of the oxygen machine or ramp? What do they symbolize, or are they metaphors for universal struggles?

I’m sure those figurative interpretations are there, but I’d rather leave them to readers. In some way, the piece is about the resiliency of metaphor. Even in the most pinned-down nuts-and-bolts narrative you find yourself lapsing into it.

Why did the ramp’s construction cause you so much internal turmoil?

The short answer is that I was an opinionated brat who didn’t like to see his childhood home go to ruin. The less-short answer was a general sense of futility. The disease progressed much more rapidly than we had anticipated. A ramp, a shower with a seat, a bathroom big enough to accommodate a wheelchair and medical equipment—all these things were obsolete by the time they were installed. They became symbols of delusion and waste in my mind, more evidence of what my dad couldn’t do. The irony was that the ramp was one of the renovations that proved very useful. We spent a lot of time in the backyard after it was completed.

You slowly describe an evolving perception of death in the piece, how did this experience influence your appreciation of human impermanence?

Rereading the piece, I’m reminded of how impatient I was for the whole awful experience to be over. The human condition didn’t seem to be one of impermanence at the time but one of eternal suffering. I want to tell myself to slow down, to find more room in my heart for grace and to feel more secure in my own future, my own right to exist. Part of me was frightened, however illogically, of the prospect that my dad might live for another ten years and as the dutiful gay son I’d be the one stuck caring for him. What you learn only in retrospect, of course, is that burnout, however real, is temporary; absence is permanent. I live with my dad’s death every day. He had the courage to end his life when he felt it was no longer worth living. I thank him for that terrible gift every day.