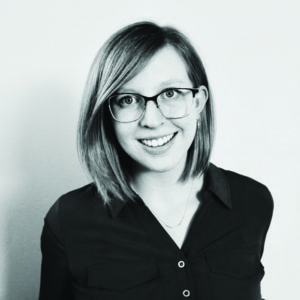 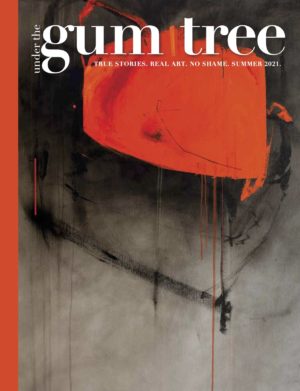 Cicily Bennion a writer and essayist. She is a PhD student and Voertman-Ardoin Fellow at the University of North Texas. Her essay, “About Boredom,” was recognized in Best American Essays 2020, and her work has been published in Mount Hope, The Windhover, The Journal, and elsewhere. Cicily serves as a managing editor of Fourth Genre: Explorations in Nonfiction and lives in Texas with her husband and young son. You can find more of her work at cicilybennion.com!

A lot of the pieces in this issue of UTGT also interact with childhood, whether that be an internal reflection or an interaction with a child (born or not). Did you feel yourself return to your inner child when writing this piece?

I find myself frequently returning to my inner child as I write, and I suppose this piece is no exception. Children are blessed with a sort of frank vulnerability, which is something I want my writing to possess, too. Pregnancy itself often made me feel childlike. It’s a very vulnerable and sometimes lonely experience, despite it containing a lot of responsibility associated with adulthood.

I think all of this allowed a sense of vulnerability and loneliness to permeate the piece. There is also, of course, hope. But the other things came first

The first draft of this essay was written in response to a writing prompt in a workshop I took as an MFA student. My professors and peers were a tremendous help as I came into my own as a writer. Since then, I’ve graduated and have entered a new community at the University of North Texas, where I’m working on a PhD.

But, of course, I’m not just a writer. My life is full of other communities: family, church, and neighbors. This essay talks quite a bit about neighbors, and I do try to be a good neighbor. My relationships with these communities shifted and changed during the pandemic, but none of them disappeared. The only community I left during the pandemic was social media because it fails to offer the depth and complexity of the living, breathing communities that I missed so much.

A few weeks ago, I had the chance to go to a bridal shower for a close friend and be reunited there with many old friends, some of whom I hadn’t seen in nearly a decade. Beyond the shock of sudden closeness after a long separation, the weekend was a reminder that those friendships, and all friendships, are irreplaceable. I felt more like myself than I had in a long time. It was hard to leave.

I wish I knew how to carry more energy and community into my writing. I’m certainly not the first person to point this out, but writing can be a lonely process. The pay off, perhaps, comes in the fact that reading does not need to be lonely and, oftentimes, builds community.

I love your shift in point of view, at the end, to include your baby. How do you see that “we” after he is born?

What shocked me most about my son after he was born was that he truly was his own person. I don’t know what I’d expected. I must have thought he’d still be part of me somehow. I knew that birth is a sort of separation, but I hadn’t imagined that his difference from me would be so stark and so obvious. When he was born, it was so clear that he already had his own distinct personhood. He came equipped with his own interiority, one that was fully formed and, for the most part, inaccessible to me. Where before, there truly had been a sort of “we,” one where his physical needs had been my physical needs, suddenly, I was left trying to interpret the sound of his cries and read meaning into his every movement to discern if he was hungry or tired or cold.

You start the essay off describing your belongings around you. How does moving, packing, living in a temporary space affect your view of what you do have? How does writing about that process affect it further?

I’ve always tended toward a sort of minimalism, and I’m not usually one to hesitate to throw things away (both in my home and my writing). But the period I wrote about in this essay was one of forced minimalism. We’d packed the U-Haul one evening expecting to unload it the next day at our new place, but in the morning, we got word that there was water damage at the new apartment and that it wasn’t fit to live in. We unloaded the U-Haul at my in-laws’ house, thinking we’d be there for a week or two, and ended up staying for three months. Everything I needed during that time––clothes, toiletries, shoes, school supplies––was in the bottom of boxes in their garage. I’ve never missed my own stuff so much.

Once we finally did move into our apartment and started unpacking, so much of that stuff that I’d initially missed ended up getting donated or thrown away. Writing this piece gave me good distance and perspective. Maybe we could use another three months of suitcases and U-Hauls to gain some more.