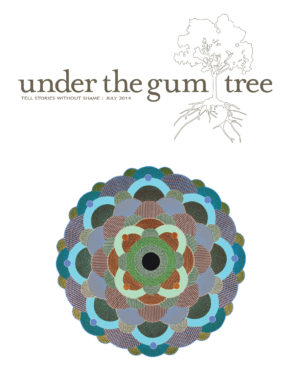 As a kid who loved to read, I was always writing the first chapters of fantasy novels and laying them down before anything actually began to happen in them. I didn’t begin to write “seriously” (i.e. poetry and “literary” prose) until my second year of college, and I guess I began doing that for the same reasons I wrote as a kid: I wanted to feel like I was more actively engaged with the writing I loved–now Virginia Woolf and Charles Bukowski rather than J.K. Rowling and Christopher Paolini–than just reading would let me be.

Writing, for me, is often a struggle; inspiration doesn’t come easily, and I have a difficult time finishing anything much longer than a page. It’s incredibly rewarding, however, when I’m reading over a finished piece and realize that I’ve managed to surprise myself. This doesn’t happen often, but sometimes I’ll read the ending of a poem or prose piece and find myself thinking, “Where did that come from?” This is such a great feeling.

Where do you find your biggest inspiration when you write?

My inspiration varies, and I’ll often go through phases. Sometimes I’ll become obsessed with writing creative responses to news stories. Other times I’ll write for weeks about my childhood or I’ll become really interested in language experiments and write nonsense for a while. A lot of this depends on what I’ve read most recently.

My schedule also varies. I’m a graduate student, so I’m pretty busy during the school year, and when I’m taking classes, I usually only write when I’m struck with inspiration. During winter break or over the summer, however, I try to write or revise something–no matter how bad–every day or every other day. Recently, I’ve been going to a favorite coffee shop after work and just sitting there until something appears on my laptop screen.

The hardest parts for me are beginning and ending a piece. I usually rewrite the first sentence of anything I’m working on a dozen times before I can move on to the rest of it, and once I’ve finished something, I’ll rewrite its ending over and over for days or weeks. I always think that my openings aren’t hook-y enough and my endings are too trite, so I have a really difficult time bookending my work.

I’m primarily a poet, and it usually takes me just a couple of hours (with frequent breaks) to finish the first draft of a poem, which I then revise over the course of the next couple of days. When it comes to prose, I tend to write shorter pieces–mostly flash fiction and nonfiction–and I’ll usually be able to finish a story or essay in one or two days (plus a revision time).

I’m not seriously working on any big projects right now, but I am slowly and tentatively beginning on a poem sequence called “Revelations” about the art of keeping and revealing personal secrets.

I actually began by submitting to very small lit mags–often published specifically by and for undergraduate students–so my first publication came pretty quickly. My first real person publication, however–in a journal produced by adults for adults–took a bit longer, and I did get quite a few rejections before it happened. I dealt with them primarily by feeling awful about myself and intensely questioning my ability as a writer for a day or two, then getting distracted by school work or some other responsibility and starting on a new piece of writing.

I don’t think I did anything terribly special. I hyperventilated a little bit, posted an exuberant Facebook status, and then went out for a drink with my roommate.

I much prefer typing; I edit so much as I go that using pen or pencil would be impractical.

As an English grad student, I’m pretty much always either reading or writing. When I do have some free time, however, I like to bike, drink coffee and Michigan beers, watch bad horror movies on Netflix, and play with my boyfriend’s roommate’s cat.

Who is your favorite author?

My favorite writer is definitely Anne Carson. If we’re talking strictly about fiction-writers, though, I may have to go with Ernest Hemingway.

Autobiography of Red, by Anne Carson, is one of my all-time favorites. I’m also a fan of Hemingway’s short story collection Men Without Women and Zachary Mason’s The Lost Books of the Odyssey.

I don’t really think I’m qualified to give anyone advice about writing, as I don’t know what I’m doing myself. Something that’s helped me grow as a writer, however, is simply reading as much as possible. Reading good writing changes your relationship with the world, with language, with basically everything (for the better).