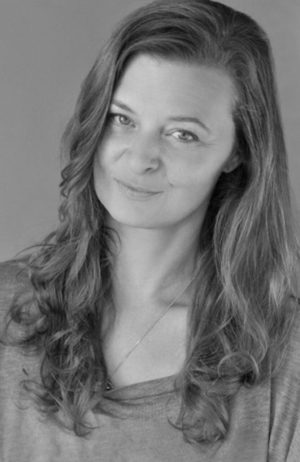 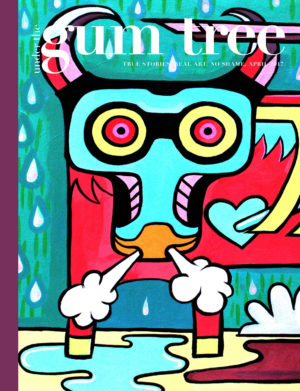 Liz Stephens is currently at work on a photographic essay book and a book about urban wild animals. Recent work can be found in the anthologies Brief Encounters: A Collection of Contemporary Nonfiction and Dirt: A Love Story, and she has a piece recently published in Cleaver. Other work can be found in Fourth Genre: Explorations in Nonfiction and Terrain.org, among others. She has served as a managing editor of the journal Brevity, and teaches nonfiction with the UCLA Extension Writers’ Program and through private workshops and retreats.

Oh I started writing badly very young. I started writing nonfiction in a voice I recognize now only in my thirties, in grad school, though it could have happened in any receptive, brain-turned-on type of setting. What inspires me now is both deep emotion and unanswered questions; to feel strongly about a subject for which I have only emotion and no information makes me wants answers. I crave articulation, like any good anxiety-ridden human, I suppose. Nailing down a subject offers a measure of control.

Why are you drawn to nonfiction? Have you always been writing creative nonfiction?

I haven’t always written nonfiction. I never even recognized the form when I saw it before about 30 years old. I found it in a time of cloudiness, when, I guess, I needed to hear actual real voices of others speaking to me about their lives. Interestingly, though that makes it sound as if I needed a path out of darkness, that’s not quite accurate. I never was drawn to what I call “trauma drama” and still am not; I can’t stand books about how hard people’s childhoods were. I know that’s not gracious to say, but personally I’m simply not good at thinking while I’m being that uncomfortable; so the form seems sensationalistic to me, and I’d rather be fixing issues than having them on a circular track.

If, on the other hand, the author has seen what’s transcendent and surprising in the world in that experience – Mary Karr’s Liar’s Club, also Ecology of a Cracker Childhood – those narratives appeal to me. Any nonfiction that reflects back to me the vaudevillian act-after-act brilliance and pathos and joy of the real world, I want that.

Events that warrant a story happen continually. Of course, some are what we call in Hollywood “high concept”: “I had a brain aneurysm and now I’m a concert pianist, never played before.” But typically, stories that unspool with the narrator explaining them in a satisfying way could be anything from taking care of a parent to traveling the world with your dog. It’s the self-discovery that appeals, even in a book about discovering the world.

I had an editor at a really prestigious journal love this very piece, and then turn it down. She wanted more drama, I finally realized, more expose to be exact, and I resisted that. I love, love, love editors’ notes; it’s the closest I get to having a workshop the way I did in my doctoral work. I love a prompt, a tweak, a rewrite, after a close reading. But does the world need another piece about what can go wrong in a strip club? I think not. Stories need to be told about discovery, asking questions in this blink of time we’ve got, and crossing the constant abyss between us to understand others. Not groveling and whining and absolving.

Did you initially try stripping because it was an open rebellion against the structured and somewhat powerless world of social climbing? Did it ever become something else?

I did try stripping because of what it was not; I was insecure at that age, but looking back, I was strangely aggressive about that insecurity! I would not let it erase me, I wanted stake in the room, any room. So my insecurity would never have let me think I was qualified to work in a cool, upwardly mobile Hollywood place but it did not leave me at home. Because frankly, my curiosity about the world was so much greater than my insecurity, so working at a strip club was just a ticket in to an experience I couldn’t have stuck around for, for so long, otherwise. And I was young enough to ignore what whole segments of the population may have thought (see above, re: myopia), and consequences as a whole category was just not even on my radar.

The job certainly did become something else as time went on. On a bad day, I think how much time I wasted when I could have been becoming a movie producer or some crazy business by putting in time as an assistant somewhere. But that’s kind of a moot point. On a good day, I see that the experience of stripping changed me permanently, and perhaps not in the way a good feminist is supposed to say—and I am if nothing else an ardent feminist—but stripping gave me permanent entrance into the world of people who cannot make a go of it the way most people do. The economic underclass, not to mention those who can do sex work because they are deeply confident in their ability to get out when they want, these are people I now get. What a loss it would have been in my life to live without knowing these people, standing outside, judging them. The net is thin and small that catches us from our lives being changed forever, maybe spiraling downward, and I needed to know that to appreciate every minute I spend still in the net without being bored to tears.

The lack of and maintenance of power runs throughout the piece. Is this the most tantalizing part of stripping?

Examining the idea that stripping, or any sex work, takes away power from the people in that line of work, leaves me with an uncomfortable idea: I wasn’t ready in my early twenties to behave like an ambition machine, or with any sense of direction and self-manifesting career goals at all. I simply had no idea what I wanted besides excitement. So it was a way of standing by. Older people, more self-actualized women, more educated or philosophical, or critically and culturally minded, or hey, maybe whiter and more economically advantaged, certainly can argue why I shouldn’t have done this, because it’s not like stripping is babysitting.

I can say with absolute authority that I have absolutely no authority over other women’s stories, but for myself, there have been no negative hang-overs on having done this. The experience of working there taught me how to take power and maintain it. Not because I always did it well in those days, but because I either 1) sometimes successfully did, or 2) saw it modeled again and again, on a battleground of overt power plays.

Did any of the other women resent you? Did they feel you were somehow invading their space because you’d taken on the job as a dare?

Occasionally a woman resented me on that job, but usually it was not when I was dancing, but when I had moved into bar-tending. The bartenders each night were in charge of the scheduling, and I couldn’t allow one of the “girls” to dance that night because there were too many already dancing; they don’t make any money if they don’t go up often enough. The moment any woman stepped behind the bar there, she was on another level, authority-wise, so the bartender was the final word. But the stage itself was a democracy. You either owned your moment there or blew it, but that was to your credit and not with any false crutch. Nobody helps you up there.

And another few women resented me. Customers. Women who would never have taken that job, but envied the temporary attention dancers got from the crowd on their own turf. It was envy in their eyes as they wished they’d have the courage to get up there. But that’s why it’s like nails on a chalkboard when those customers giggle their way up to the stage; they want to borrow that courage and ride it, say they’ve done the thing when they’ve only waved the hem of their shirt around for ten seconds to the cheering of their friends. That’s not the job.

The resentment of women who never would go into a strip club: I simply didn’t have to deal with then. Meeting a woman in a strip club who ethically disagrees with it is as you imagine pretty rare. And now that I’m older, and bossier, but also more patient…I can actually articulate what the power plays and ethics of sex work are to others. Or agree to disagree. Or simply agree; sex work sucks, politically speaking, for what it conveys to men. But here we are.

Why do you think people think of stripping as taboo?

I think stripping is taboo because it should be. I’m just saying here, in this piece, how it all worked out for me. But culturally, even if strippers themselves have an ideal rare experience in the job, they are screwing how most men see other women. If none of us would take our clothes off for those suckers, they’d get a more realistic sense of how that moment should actually be. But the world is what it is, for now. So if a woman dips into that system, other woman should respect that choice, because I can tell you for certain, any woman who judges the choice has not been out on her rear for rent money. Or hungry for long enough ever. To say a stripper was not confident enough for other work, though, is to oversimplify. Some work in some offices is boring, I think we can agree on that.

Do I want my daughter to ever strip? No. Do I want her to have some sympathy for and empathy for and understanding of other people’s economic and bodily choices? Yes. More than the first answer, if I’m honest. Hence my willingness to put this essay out in the world and live with it.