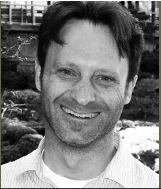 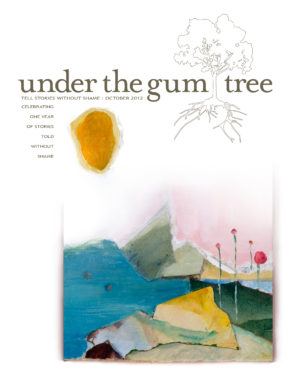 Chris Malcomb is a very accomplished writer that we had the honor of publishing in fifth issue.  His essays have appeared in more than a dozen literary publications and he teaches creative writing and mindfulness workshops in the San Francisco Bay Area.  To learn more, visit his website: mindfulwriter.org. Until then check out this excerpt from his story Going Out to Lunch.

“Maybe she liked watching the waves, the clouds, the floating seagulls. Maybe the ocean reminded her of being a little girl on the beach, or a teenager sailing around the harbor islands, or a young woman sunbathing on the motorboats my grandfather always named after her. Maybe she didn’t want to go.”

Once again, not only do you get to read the wonderful work of one of our contributors, but you get a backstage pass to their life.

I started writing in my early thirties. I was a 6th grade teacher and one of my responsibilities was to lead a writing workshop. In order to understand what I was asking my students to do, I completed all of the assigned exercises. The first pieces I published were actually about my experiences teaching writing, and from there I started crafting essays about other aspects of my life.

First, the moments when a sentence, after much tussling, comes together in a pleasing rhythmic form that nails what I am trying to articulate. Second, the occasions on which time does, in fact, “disappear,” and I enter a flow that transcends my usual mental machinations, annoying worries, and seemingly perpetual judgments about myself and the work itself. Beautiful!

Who/what is your biggest inspiration when you write?

I draw inspiration from imagining two of the great essayists of the past, the Japanese monk Kenko, who penned what would later become his Essays in Idleness in the early 14th century, and the 16th century Frenchman Michel de Montaigne, whom many consider to be the father of the modern essay. While these men came from vastly different cultures – and wrote in different styles – what links them is the nature of their practice: to slow down, pay attention, and “attempt” (essay) to understand something about their world without need to reach a verifiable conclusion. It is this spirit I carry with me when I sit to reflect upon a topic and, hopefully, compose a piece.

Getting started is always a challenge. Like most writers, I find dozens of things that I “should” do instead of writing. (Organizing my office, cleaning the apartment, and making Chinese tea are favorites.) Once underway, however, my biggest challenges arise when I encounter the “Inner Critic,” that judgmental and doubting force that undermines so many creative people. The Critic usually shows up when the work feels listless and mundane, or when I have to push into unfamiliar territory or craft technique.

It can take a few days or many months. Generally, a piece is not finished until the original draft has sat in the drawer for some time, at which point I take it out and view it with fresh eyes (and mind). From there, it can come together quite quickly.

I am revising essays from my MFA Thesis collection, Learning to Breathe, and seeking homes for those that remain unpublished. I am also tossing around some ideas for longer form work, including a nonfiction book on mindfulness & writing and a young adult novel about a tea master’s apprentice.

I was lucky. The very first thing I submitted was accepted, as well as over half of the next dozen submissions. After that, however, I began collecting my share of rejections and have since published about 1/4 of the items I have submitted. I deal with this in two ways: 1) Reminding myself that all writers are “No Collectors,” and that it’s a rite of passage for each of us to cross that dry desert of rejection, which, in reality, never really ends; 2) Writing a Thank You note (with pen and paper, if I have an actual address to send it to) to each editor who declined my work, thanking him or her for the time and promising to submit to the publication again. This has really helped me create some separation from the rejections, as well as remind me that editors are just real people trying to do a good job and that getting published is often a matter of timing and luck more as much as it is talent.

I called my parents.

I collect ideas, thoughts, and musings in notebooks, always writing with the same type of gel pen. When I am pulling an essay or story together, I prefer to type on the computer, then print out a draft and re-work it with the pen before typing in revisions. I also have a 1949 Royal KMG typewriter that I use for letters to friends and family, but not, to this point, for composing essays and stories.

Who is your favorite author?

I am a huge fan of the nonfiction writer John McPhee, who has a knack for turning even the most mundane topics into riveting pieces of literature. I also love the essays of Anne Fadiman, E.B. White, and Jonathan Franzen and the fiction of Junichiro Tanizaki and Haruki Murakami.

Siddhartha by Herman Hesse, Stoner by John Williams, At Large and At Small by Anne Fadiman, Disgrace by J.M. Coetzee, Unaccustomed Earth by Jhumpa Lahiri, The Devil in the White City by Eric Larsen, The Story of Lucy Gault by William Trevor, The Lady and The Monk by Pico Iyer, The Snow Leopard by Peter Mathiessen, The Essays of E.B. White, The Essays of Montaigne by Michel de Montaigne

Pay attention, not only to the details and particularities of your world, but also to what truly interests you. Sometimes we force ourselves to write about a topic – or in a particular genre – because we want to be that “type” of writer, when, in fact, we are not exactly passionate about our subject or material. I believe that, especially in the first portion of one’s career, a writer must spend quiet time grounding and copious hours reading in order to ascertain what stirs his or her heart on a level required to facilitate the sustained curiosity, interest, and effort that the craft deserves and demands. Writing is hard enough as it is; writing about something we’re not really invested in is even more torturous!