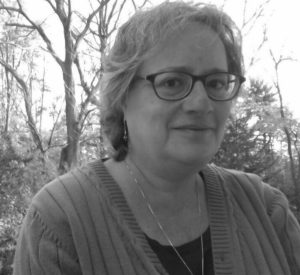 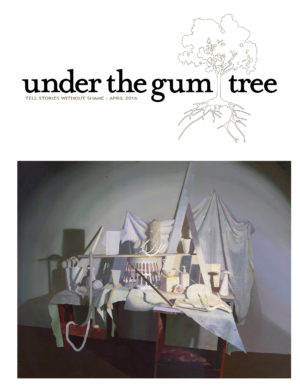 Ilene Roizman was previously a journalist on the East End of Long Island, where her work appeared regularly in many newspapers and magazines (one article was referenced in a footnote in a scholarly art text). She moved to western Massachusetts to fulfill the dream of living in a college town, and has worked as an editor, proofreader, and transcriptionist. These days she’s enjoying a renewed focus on fiction writing, with a novel and a collection of stories in progress.

I’ve known I wanted to be a writer since I was nine or ten, but I don’t remember any particular motivating factor. I think I’m hard-wired to be a word person. I was an early reader, even before kindergarten, according to my parents, and have always been verbal. In fifth grade I wrote a series of short plays, and thanks to a very supportive teacher, we performed some of them in class. In retrospect, I believe I was driven by a strong desire for clear communication, and writing allowed me to figure things out in my head before expressing myself to others.

Decades later, I’m still inspired by the need to figure out or make sense of something, to answer a question or discover something about myself or the world around me. I’m inspired by life experience, by dreams, by people I’ve known. I’m inspired by other writers whose work I admire. I’m inspired by an abiding love of language and its ability to express, even with inherent limitations, the essence of human experience.

What draws you to nonfiction in a world enthralled by the sensationalism of fiction?

I’d argue that nonfiction can be just as sensationalized as fiction, depending on the subject matter, the style of writing, and the level of hype. Writing is writing, and whether a story is based on facts or spun from the imagination, it has a foundation in lived experience. As Mark Twain is quoted as saying, “Truth is stranger than fiction, but it is because fiction is obliged to stick to possibilities; truth isn’t.”

As a reader, nonfiction allows me to get glimpses into the lives of people I will never meet, which fosters a sense of connection. As a writer, I can share something about myself or my interactions with the world truthfully, directly, and openly, with the hope and anticipation that others will understand and connect in a personal, even intimate way.

In your opinion what criteria does an event have to meet to make a decent subject for a creative nonfiction piece?

There has to be a context in which an event or series of events has some significance or contributes to some learning or realization. Writing about an event itself is reporting, and there’s a place for that, and it can be done creatively and sensitively. Writing about the feelings or motivations or personal context surrounding an event is a form of exploration that opens up all kinds of creative possibilities. Ultimately the subject can be anything, and what makes it worth writing about are the self-reflection and meaningful connections sparked by the experience.

Your piece describes reconnecting with an old acquaintance through technology. How do you think technology has changed how we form and maintain relationships?

Technology inevitably influences how we form and maintain relationships. It may have accelerated in recent years, but there was a time when a simple telephone was a marvel of technology, and that certainly changed how people connected. Now we take it completely for granted. For sure, without Facebook I wouldn’t have had the experience I wrote about. Social media allows spontaneous things like that to happen. It also allows me, for example, to have casual contact with someone I worked with many years ago who now lives in Thailand. A few years ago I did a lot of online dating, which expanded my options enormously, and the process of writing personal profiles forced me to look at myself in a whole new way.

But the bottom line is that while technology might provide opportunities, such as connections with long-lost acquaintances or introductions to men I may not have met otherwise, it doesn’t do the work. It’s still up to us to make relationships happen, whether electronically or face-to-face.

How did that childhood memory impact the rest of your adolescence?

It was always a vivid memory, since it was the only time I had such an injury, and after a while it solidified into a handy anecdote. I had never given it serious thought as the incident that ended my budding violin career, that was just a way to joke about it. I didn’t go through adolescence regretting having stopped playing violin, I just went on. (In junior high and high school I sang in the choir, so I did retain some interest in music.) And because we moved shortly after that happened, it became just another memory packaged up with all the other discrete memories of living in that neighborhood for only two years.

Do you believe in coincidences? How did hearing from Kenny change your perspective on the past, present, and future?

I believe that we’re programmed to notice patterns and connections, and what we call coincidences are points where things line up in a way that stands out as recognizable. For a long time I’ve had a nonlinear view of time, so my perspective on past, present, and future wasn’t changed by this particular experience. I believe that learning or discovering something new in the present in relation to an event or experience in the past changes the past by updating or expanding our view of it. Figuring something out—or in this case, filling in some of the blanks, getting another side of the story—changes our memory of that past experience, and then going forward it’s altered, it’s never the same.

What was more significant for me was the realization that I had given up on the violin and never gave it a second thought, never tried to resume lessons, never looked back. Hearing from Kenny, and then his not following through, changed my perspective on myself as a person who had an affinity for a certain kind of music and didn’t know why.