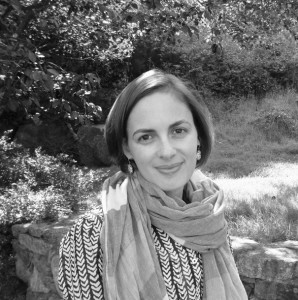 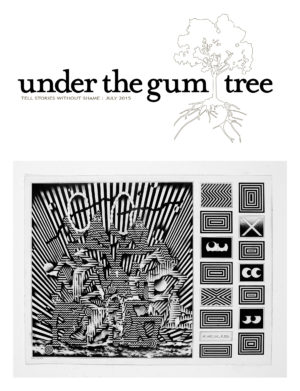 Daisy Alpert Florin grew up in New York City and attended Dartmouth College. Her essays have appeared in Brain, Child, Full Grown People, Minerva Rising and Mamalode. She lives with her husband and three children in Connecticut.

Daisy’s piece, “Crash,” is a reflection on change and the fleeting nature of life, as well as a meditation on the relationships that both bind and confound us. The story is filled with love and endearment, yet tinged with despair by the cancer that later took her mother’s life.

You mention that your mother always appeared to belong, to fit in with any crowd. Do you think this quality was an original part of your mother’s character, or do you see it as something of a façade? Do you notice this trait because you wish you had that same capability?

I do think that my mother’s ability to “go with the flow” and blend in with many different crowds spoke to a discomfort with herself. Remember, she was an immigrant who had left her home and family behind and completely reinvented herself on foreign land. That takes a certain personality. So that part of her always fascinated me and, to be honest, sometimes made me feel a little less than. But thinking about it now, it seems to me that it would be exhausting to always move from one crowd to the next, to not have a strong and grounded sense of self. I struggle with that sometimes myself.

When your mother said “how quickly everything changes,” did you feel that she wasn’t taking the accident seriously? Like she was almost okay that it happened, so that she could have another miraculous experience? Or was this comment a genuine reflection on life?

The accident, although it rattled me, wasn’t in fact very serious and my mother could see it as such. She was an incredibly strong person who cut through life like a knife; she didn’t let that much get to her. But I think she approached her illness in the same way and because of that, it completely blindsided her–and everyone around her. I think that she died still fighting for her life and didn’t have a chance to reconcile anything before the end. I think that’s why her death didn’t seem peaceful to me, just violent and uprooting.

Was mentioning the fact that your mother might not be able to wear the skirt the first time either of you had acknowledged the illness’s gravity? Do you think this changed your relationship with your mother in any way?

Yes, this was the first time any of us–me, my mother, my father, brother, other family–acknowledged that her illness was quite grave. I’m not sure I captured in words how powerful that quick glance she gave me was. I could tell then that underneath her facade, she was afraid, and that my question about the skirt parted the curtain on that fear, at least for a moment.

How did your relationship with your mother change after the accident, and after she was diagnosed with cancer?

When my mother first told me she had cancer, over the phone, I burst into tears. That seems like an obvious reaction, I suppose, but we were not that kind of family. As I helped my mother during her illness, I realized for the first time in my life that I was an adult, that I was THE adult, in fact. She had never shown any vulnerability at all, so that was a tremendous change.

Was the crash a precursor to your mother’s death, a way of seeing her as a real person with weaknesses, with fears, instead of such a whimsical and mysterious person? A person without flaws altogether?

It was only after she died, less than a year after the accident, that I saw any connection between the two events. I had a family friend once ask me if I thought the accident caused the cancer, that the jolt unleashed something inside her. I’m not sure I believe that but I suppose it’s possible. I never saw my mother as a person without flaws, but I was only 27 when she died, not quite mature enough to see her as an adult who had made compromises and mistakes just like anyone else.

Did your mother encourage you to adventure, to experience, to lead a magical life? If so, is that why you felt as if she’d left you, stuck in the same place after her death?

My mother was certainly a more adventurous person than I was. She brought things to my life that no one was ever able to replace. When she died, there was so much she took with her. I felt abandoned by her for a long time.

Do you feel that writing this story helped you gain a sense of closure and reconciliation with your mother’s death? Or did it dredge up the emotions you’d left untouched and unfelt for so long?

I read a version of this story at my mother’s memorial service fifteen years ago. Her death felt like a kind of accident and so I couldn’t help but connect the two. I have been trying to tell this story ever since and it has had many iterations since then. Time has reconciled me to my mother’s death and my life has, in many ways, grown around her absence, like a knot in a tree. I write about her often as I move further into adulthood and start to see her with adult eyes. I try to understand the kind of woman she was, how I am like her, how I am different. She gave me so many gifts, ones I use every day. I would be nothing without her. Nor would I be the same person if she were still here.